We are proud to announce that the GTChannel car.video.network has reached 1 Billion total views.  We would like to say thanks to all of our network partners who have contributed to this figure.  GTChannel feels lucky to be able to have you as partners and we hope we can continue to help you grow and succeed in this world of online video.

This is only the beginning to bigger things in the future.  We do not intend to stop here. YouTube is not the end all to many of us.  We believe YouTube is a great platform to develop an audience and grow a brand.  Of course as content creators, we must go where the eye balls are, and that's what YouTube is.

The first step for many of us and our partners have been to maximize exposure on YouTube and grow your brand/channel.  Marketing your videos through social media and tools like Epoxy is one example we have suggested.

The next natural step is to find other ways besides YouTube to monetize your content.  We took the dive and tried out a Kickstarter for our Hot Version series and it came out overwhelmingly successful. These videos will be available on Vimeo and a new platform called VHX as On-Demand videos.  As leaders in this network, we are often the guinea pigs for other distribution platforms.  We have our content on over 20 different platforms from Smart TVs, mobile apps and various video sharing sites across the internet now.  Our next stage is to look into and figure out the best additional distribution platforms to monetize YOUR content.

There are many exciting things happening at GTChannel now and we will be sharing them in due time.
But mostly thanks again for sticking with us and letting us be your partner on this journey.  We appreciate your partnership and we only hope to make this even more meaningful and exciting for everyone. 7 Ways to Kick Ass on Kickstarter

We launched a Hot Version Kickstarter campaign on March 4th and within 24 hours we successfully reached our goal. Although we would love to, we are not trying to boast about this.  This feat of raising money to kickstart a regular release of Hot Version International videos was possible because of our awesome fans.  No individual is taking credit for this.  This was 100% possible because of our fans.
The objective of this post is to share with our network partners on how we were able to accomplish our crowd funding goal.


1. Shoot a compelling video.
Although Kickstarter only recommends it, we believe it is ABSOLUTELY essential to shoot a promo video for a Kickstarter campaign.  If you're reading this blog, you're most likely a GTChannel Network Partner so we're not talking about a cell phone video asking for money.  You have to get creative and make a quality video. You have to tell your story into the camera with samples, story boards, history, goals and specific rewards.  Luckily for us, we already had a lot of Hot Version video samples so we were able to show what was to come if the Kickstarter was successful.

2. Plan ahead.
We first started playing with the Kickstarter concept about a year and half ago.  You most definitely don't have to start planning that early but the point is to plan ahead with plenty of time for consideration.  After we decided on a direction internally, we consulted with our counterparts in Japan, the original producers of Hot Version, and then carefully crafted a campaign that made sense to both producers and audience.  There were doubts as if a crowd funding campaign would actually hurt the brand but in this day in age where we see top artists and film makers going directly to their fans for funding, we figured it was worth the risk.  And it paid off!

3. Don't rely on Kickstarter.com for pledges.
Just because you're on Kickstarter doesn't mean you will get pledges automatically.  As you can see in the below graph, only 10% of our pledges actually came from the Kickstarter platform.  Which means, you have to do all of the marketing using newsletters, blogs, social media, videos, word of mouth etc. Kickstarter will provide the necessary tools and infrastructure for you to carry out a campaign, but getting people to discover and pledge to your campaign is solely up to you.  So put together a solid marketing plan for your campaign just like any business endeavor. 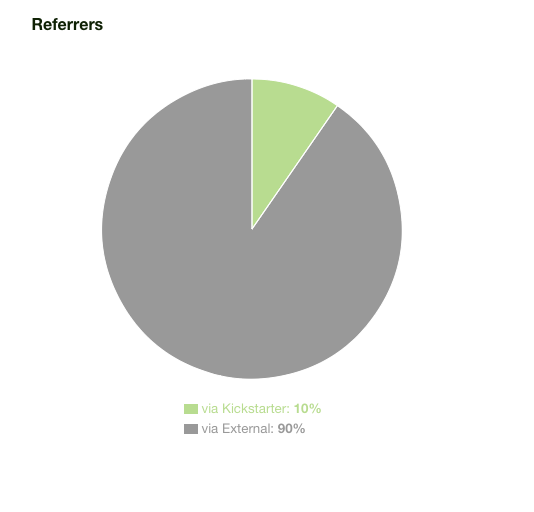 4. Numbers Talk.
Be as specific and transparent as possible when launching your campaign. Running the numbers helps as an exercise to anticipate every little cost that comes up too.  We figured we needed $5,000 minimum to translate each video into English.  The more open you are about how the funds would be spent, the more trusting people would be to your campaign.  We were also clear about what we would do after we exceeded our goal.  For each $5,000 increment we reach, we would commit to producing a new video.  Currently we are $800 short of reaching $15,000 which means we have raised enough funds to commit to 3 full length videos.   In hindsight, we don't know if we should have started with the goal of $15,000 from the beginning but we didn't want to make it too challenging from the get go.  You can't be afraid to reach for the stars but you also need to be realistic.  It's different for every project that's why the above number 2. is very important.

5. Make the rewards attractive.
Here is our rewards system.

It's important that the rewards system is not too complicated and also that it won't be too much of a burden for you after the campaign is over.  That's why the lowest $10 tier requires no physical rewards which eliminates the cost of a reward and logistical costs like shipping and handling. We have read about campaigns where the cost and shipping fees of the rewards were not factored into the cost structure and backers were not able to receive their rewards.

6. Incentive to share.
The best deal backers get from our campaign is that by pledging as little as $10, you get to watch Hot Version for free. By sharing this campaign and helping us raise more money, they get to watch multiple volumes of Hot Version without paying more.  So there is a pretty clear incentive for sharing this with their friends without taking anything away from them.  It's simply more for everyone!

7. Incremental raffle prizes for backers.
Separate from the standard rewards, we announced we would give away one GoPro camera at $10K and two cameras at 15K milestones.  It's hard to measure how much effect it really has but we believe this has helped to get people over the edge when making a decision.  If you think about it, there are now only 425 backers, that means one out of 141 will win a brand new GoPro camera on top of all of the rewards they will get.  With those odds, why wouldn't you support this project? Not everyone has access to GoPro cameras like we do, but you can get creative and come up with additional prizes. 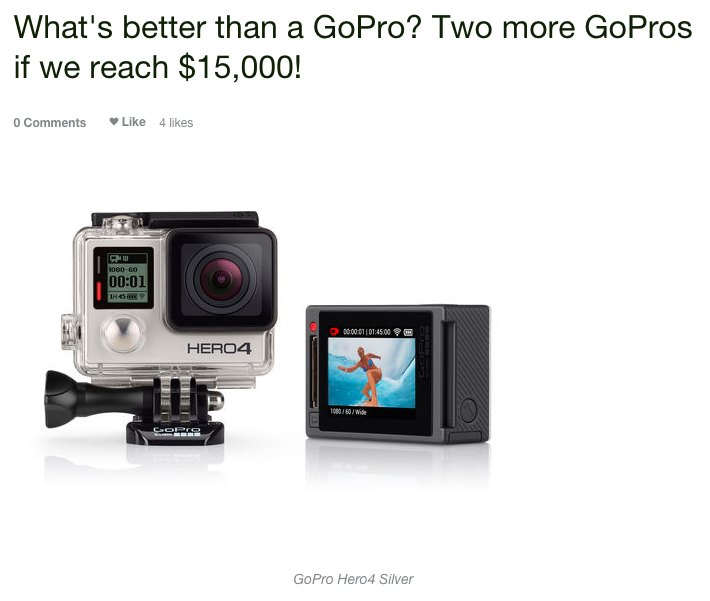 Feel free to leave comments or questions about our Kickstarter below.
(TK)
Posted by Unknown at 5:35 PM No comments:

Got Good On Board?

GTChannel just started a new video series called On Board.  It's basically visor cam or in-car footage of exciting runs for our viewers to get a first hand look from the driver's seat.

On the first episode we released on March12 is in-car footage of Daijiro Yoshihara piloting the Spoon Civic Type R Turbo to a Unlimited Class win at the Global Time Attack.

We want to reach out to our partners to also help us source cool videos for this series.

If you have any videos which you think would be suited for this series, please send them to newvideo(at)gtchannel.com.

We prefer the videos are new and have not be released yet.  In exchange we will promote your channel via the video and help drive traffic to your channel. 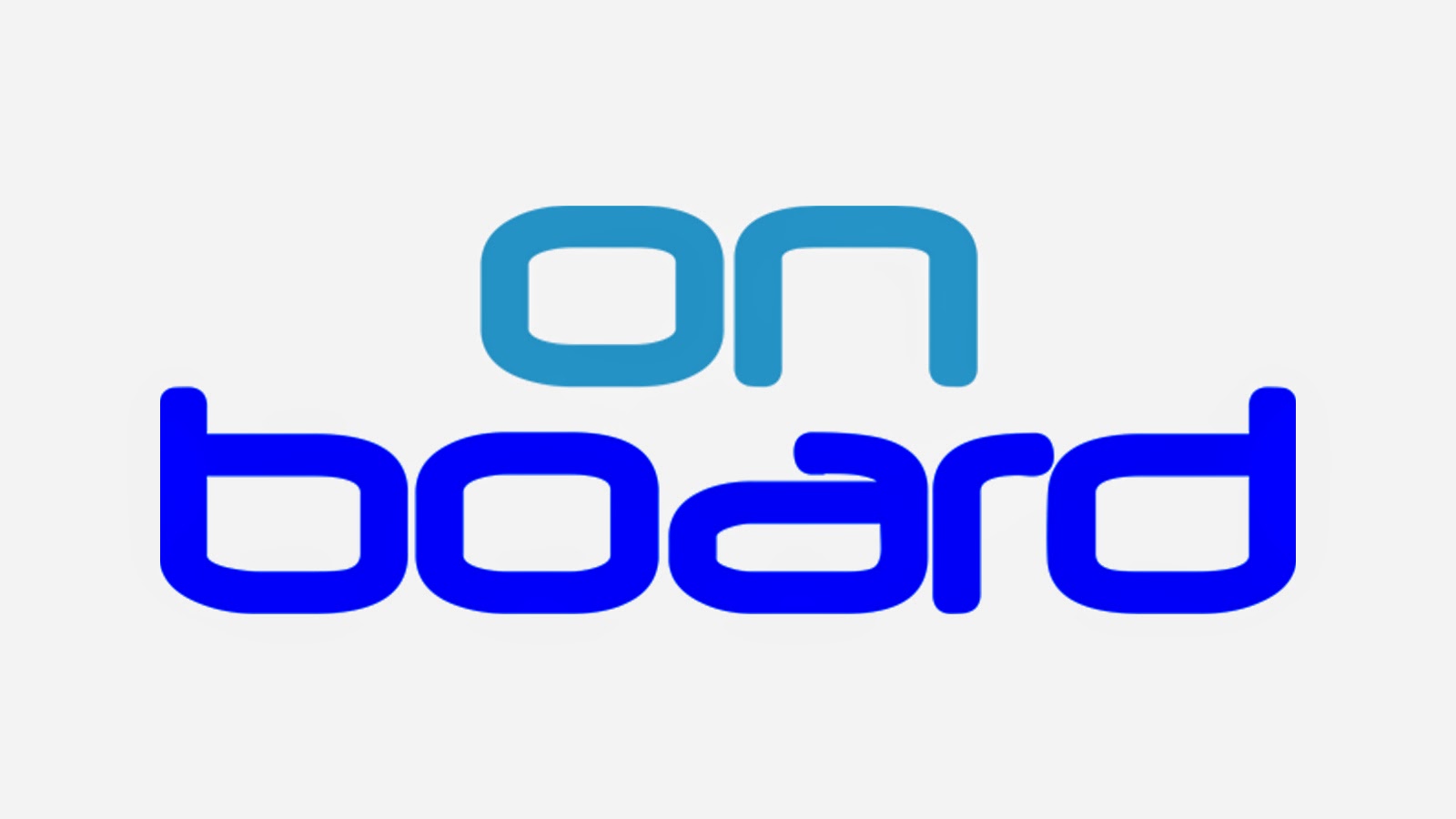 Email ThisBlogThis!Share to TwitterShare to FacebookShare to Pinterest
Labels: on board

GTChannel will be partnering with Entertainment Direct Asia (EDA) to distribute content in China through EDA's one-stop distribution services.  GTChannel will be offering access to our automotive network content that is in high demand in China, the largest automotive market in the world today. 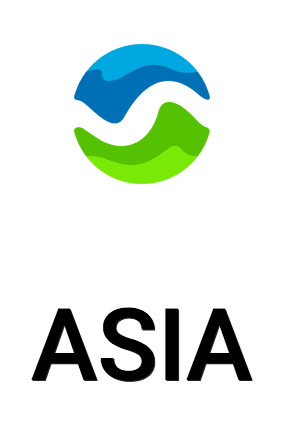 We launched a Kickstarter Project!


We'll have a more detailed write up on how it all went but so far so good!

So good that we reached our initial goal within 24 hours of launching the crowd funding campaign.

Posted by Unknown at 5:12 PM No comments: